Analysis of the biotope preferences of butterflies within the Nizhny Novgorod Province (Lepidoptera, Rhopalocera) 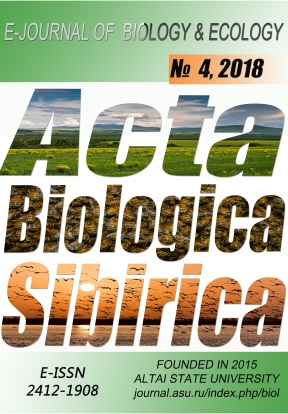 The biotope distribution of the butterflies of the Nizhny Novgorod Provnce and its regulations are discussed. Seven groups of biotopes are divided and its faunas are descrbed. The stenotopic species and the different types of eurytopic species are described, their ratio is determined. The species with the most adaptive potential are selected and their role as the most possible candidates to occupy atypical biotopes on the studied territory is discussed.

Dubatolov, V.V., Kosterin, O.E. (2000). Nemoral species of Lepidoptera (Insecta) in Siberia: a novel view on their history and the timing of their range disjunctions. Entomologica Fennica, 11, 141–166.