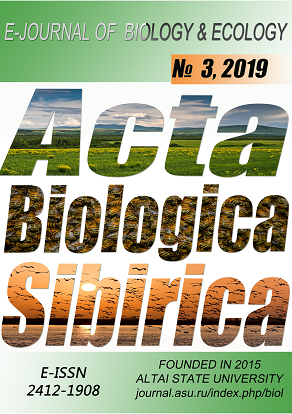 The present paper deals with first annotated list of butterflies from Athgarh Forest Division, Odisha, India. 136 species belongs to six families were recorded during January 2015 to September 2015. Notes on some of the significant record of butterflies for the region, were provided along with their distribution. Among the recorded 136 species of butterflies, 14 species are legally protected under Indian Wildlife Protection Act, 1972.

Butterflies occupy vital position in natural ecosystem as their adults are very good pollinators and larvae act as primary herbivores (Choudhury et al., 2012). They directly depend on plants for their entire life span from larval host plant to nectar of flowers and their diversity may serve as a surrogate for plant diversity (Harisha & Hosetti, 2013). Due to their attractive coloured wings and fluttering flight, butterflies always attract the attention of naturalists, researchers, and conservationists. There are about 1501 species of butterflies in Indian subcontinent (Kunte et al.,1999), out of which 150 species have been recorded from Eastern Ghats (Gunathilagaraj et al.,1998), 334 species from Western Ghats (Tiple et al.,2009) and 962 species from North East region (Evans, 1932). In Odisha, first faunistic study on butterfly fauna presented by Taylor & de Niceville (1888). They reported a list of butterflies from Khurda district. Later, Crawford (1921) noted some butterflies from Meghasani hills of Mayurbhanj district and at the same time, Annandale & Dover (1921) published a list on butterflies from the Barkuda Island of Chilka. Afterwards, many noticeable woks on butterflies have been carried out by several workers in different parts of the state (Mandal & Nandi 1984; Mandal & Moulik 1991; Sahu et al. 2006; Sethy et al. 2006; Sethy & Jana 2009; Nair, 2007, 2011; Das & Sahu 2011; Mohapatra et al. 2012; Palei & Rath, 2014; Payra et al. 2016; Paria et al. 2018; Boruah et al. 2019). As there is no literature available on butterfly diversity in Athgarh Forest Division, an attempt was made to strengthen the information on diversity and distribution of butterflies in Odisha through this present study.

Athgarh Forest Division situated in Cuttack district comprises of five Ranges i.e. Athgarh, Baramba, Khuntuni, Narasinghpur East and Narasinghpur West over an area of 1510 Km2 (Figure 11 .gi). It is located between latitude 20⁰21′19.2"N to 20⁰40'27.6"N and longitude 85⁰52'0.72" E to 84⁰55'42.8"E. There are 37 Reserve Forests in Athgarh Division. This division is surrounded by Satkosia Tiger Reserve in the West, Cuttack Forest Division and City Forest Division in the East, Chandaka Wild Life Sanctuary, Nayagarh Forest Division and some part of Mahanadi Wildlife Division in the South and Dhenkanal Forest Division in the North. In Athgarh Forest Division, forest types are mainly Peninsular Sal forest, Dry Mixed-deciduous Forest, small patches of Semi-evergreen forest and Scrub forest (Champion & Seth, 1968). The climate condition of the area experiences three distinct seasons: monsoon (July to September), winter (October to February) and summer (March to June). The area receives an average annual rainfall of 1400 mm to 1500 mm and the temperature ranges from 9°C in winter to 42°C in summer.

Five sites were surveyed for the documentation of butterflies in Athgarh Forest Division.

Site 1 - Dhabaleswar Island (20.503°N, 85.805° E, 19 m a.s.l). It is a small island on Mahanadi River, comes under Khuntuni Range of Athgarh Forest Division. The frequently found plant species of this area are Ficusbengalensis, Ficusreligiosa, Cassia siamea, Sizigiumcumuni, Polyalthialongifolia,Azadirachtaindicaetc. Besides the above, the composites of the shrub forest are Lantana camara, Sidaspinosa, Justiciaadhatoda, Calotropisgigantea etc.

Site 2 – Ansupa Lake (20.459°N, 85.602°E, 30 m a.s.l). Ansupa lake is one of the largest freshwater lakes of Odisha spreading over 140 ha, situated at the left bank of Mahanadi River. It is surrounded by undulating plain and isolated hill ranges. The surrounding vegetation of the lake is mainly characterized by Cashew plantation, Agricultural land, patches of bamboo and hilly thorny scrub forest.

Butterflies were observed through opportunistic survey from January 2015 to September 2015. During this inventory all possible and suitable habitats of butterflies, like agricultural land, forest trails, streams, waterfall, nectaring plants were surveyed. All observations were mainly carried out between 7.00 am to 11.00 am and 2.30 pm to 4.30 pm. Most of the species were photographed in the field by using Nikon D3200 Camera with Tamron 70-300 mm lens. Coordinates and elevations of study sites were obtained by using Garmine eTrex and Google earth. An entomological net was also used for capturing butterflies, which were released immediately at the spot of capture without any harm. Butterflies were identified using available literature of Evans (1932, 1949), and photographic guidebooks of Haribal (1992) and Kehimkar (2008, 2016) together with website of Indian butterflies (). Scientific names and common names presented according to Kunte et al. (2019), Varshney & Smetacek, (2015).

A single individual was photographed at 11:25 (here and below local time, UTC+05:30) on 04.10.2015 in Deobhuin Reserve forest. This hesprid butterfly was perching under the leaf, at about 2 m height from the ground, along the forest trail. This butterfly ranges from Sikkim to Northeast India; Maharashtra to Goa up to Kerala (Varshney & Smetacek, 2015). From Odisha, previously it was recorded from single locality, Mundasaru in Kandhamal District by Vivek Sarkar on 08.06.2013 (Kunte, 2019). Most recently this species has been reported from Maredumill, and Jalatarangini area of the adjoining state, Andhra Pradesh (Goswami et al., 2018). Apart from the record of Vivek Sarkar from Kandhamal District, no such decisive record of this butterfly is available from Odisha.

We have recorded this species several times from different places of Balikiari Reserve Forest, during September 2015. On 01.09 we recorded two individuals. First, we spotted it at 11:50, near a stream. It was perching on shrubs at about 1m above the ground. Later it was recorded during 15:05, at about 1km distance from the first place of observation. It was perching on shrubs under dense canopy cover. On 02.09, we have encountered this species twice, Near the Sishupathra dam. This butterfly ranges from Uttarakhand to Northeast India (Varshney & Smetacek, 2015). Previously, from Odisha only single record was available from same locality, i.e., Balikiari Reserve Forest, by Vivek Sarkar during September 2012 (Anonymous, 2019).

One individual was photographed near Tersing on 03.09.2015 at 09:35 it was perching on the small shrubs, near the fast-flowing hill stream. Until this date, no record is available of Potanthus sp. from Odisha. Recently the Genus has been reported from adjacent state Andhra Pradesh (Goswami et al., 2018). As Goswami et al. (2018) mentioned, without examination of genitalia species the identification is very difficult in this butterfly group. Further examination of specimen is required to validate the occurrence of this species in Odisha.

On 03.09.2015, a single individual of Dark Pierrot Tarucusananda was sighted from Tersing (Site 4) at 11:40. It was puddling on pond side sandy soil, along with other butterflies such as Common Mormon Papiliopolytes, Angled Pierrot Caletadecidia and Common Nawab Polyuraathamas. The distribution of this tiny butterfly is mainly from South-West India to North Maharastra, Sikkim to Arunachal Pradesh, Central Nepal, North East India and Burma to Dawnas (Evans, 1932; Kehimkar, 2008; Varshney & Smetacek, 2015). In Odisha previously Vivek Sarkar recorded it during June 2013 from Balgaon Range of Khordha district (Churi, 2019). Our present record confirms its occurrence in Odisha.

Single individual was recoded from Balikiari Reserve Forest, on 05.03.2015, at 11:35. It was puddling on sandy streambed. Place was covered by dense canopy cover. According to Varshney & Smetacek (2015), this species ranges from Uttarakhand to Northeast India, Maharashtra to Karala. In Odisha previously Vivek Sarkar recorded it during June 2013 from Balgaon Range of Khordha district. Most recently, Subhajit Roy records it during June 2019 from Similipal National Park of Mayurbhanj District (Ogale et al., 2019).

So far, this species has been known to distribute from Indian Himalaya and Northeastern India (Varshney & Smetacek, 2015). Recently, the species has been recorded from Araku Valley and Maredumilli of Andhra Pradesh (Goswami et al., 2018). We spotted two individuals near Tersing on 03.09.2015 at 09:40. As Goswami et al. (2018) mentioned, this species can be differentiated from closely relative N. hylas, by “the veins in under-hindwing is not blackened and, in the forewing not blackened at least till cell” (Evans, 1932). Hence, our present record confirms its occurrence in Odisha for the first time.

The dominant occurrence of Lycenidae and Nymphalidae butterflies in the study area might be due to the availability of host plants and nectaring plants (Mimosaceae, Acanthaceae, Poaceae, Malvaceae, Fabaceae), as the habitat association of butterflies can be directly related to the availability of larval host plants, vegetation cover of herbs, shrubs and trees for nectaring (Thomas, 1995; Kunte, 2000).

Among the recorded 136 species, 113 species of butterflies were found from Balikiari Reserve Forest (Site 3), 105 species from Deobhuin Reserve Forest (Site 5), 88 from Ansupa Lake (Site 2), 84 from Tersing (Site 4) and 78 species from Dhabaleswar Island (Site 1). Result of high number of species in Balikiari and Deobhuin Reserve Forest compare to other sites like Tersing and Dhabaleswar Island, may be due to the longer period of surveys rather than true species richness. As site Tersing also endowed with pristine habitats, which can be suitable for many butterfly species those are yet to explore.

Out of 136 species of butterflies, 14 species are legally protected under Indian Wildlife Protection Act, 1972 (see Table 2).

In Athgarh Forest division various anthropogenic activities (e.g. wood cutting, grazing, logging, looping, herb collection etc.) by local villagers is a matter of concern, which leads to the destruction of suitable habitats of Butterfly fauna around Athgarh Forest Division. Butterflies are very sensitive insects. A little change in environmental condition and habitat alteration can influence their distribution and abundance (Wynter-Blyth, 1957). Therefore, habitat fragmentation, vegetation loss, grazing pressure, human settlement or any other damaging activities are mainly responsible for loss of diversity of both butterflies and plants in the study area must be regulated. Public awareness is also very important to conserve the suitable habitats of these ecologically important invertebrate organisms. However, the present study provides the baseline information of butterfly fauna of Athgarh Forest Division and enriches the butterfly checklist of Odisha. Further studies on Butterfly fauna is very necessary to understand the seasonal variation and population dynamics of butterflies in this precise geographical area.

Evans, W. H. (1949). A catalogue of the Hesperiidae from Europe, Asia and Australia in the British Museum (N.H.). British Museum.

Thomas, J.A. (1995). The ecology and conservation of Maculineaarion and other European species of large blue butterfly. IN Ecology and Conservation of Butterflies (Ed. A.S. Pullin), Chapman and Hall, London, 180–210.