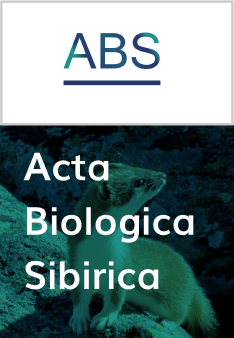 Diversity of helminth fauna in teleost fish within the Tver region

Helminths affect multicellular animals of all types except echinoderms and sponges. In particular, within Volga reservoirs, the infestation of commercial fish by Pseudophyllidea larvae, Opisthorchis felineus (Rivolta, 1884) metacercaria, and other parasitic worms has increased significantly. This poses a threat of growing infestations in humans. The Vazuz Reservoir is a part of the large Vazuz hydrotechnical system connected with the Moscow River and is actively used for water supply to the Western and Southwestern districts of the capital. The investigated impounding reservoir is located on the border of the Tver, Moscow and Smolensk Regions. Most of the population in these regions actively promotes fishing as a hobby. Helminth fauna monitoring is relevant due to the active catch fish consumption by the population. The purpose of this study was to assess epizootic helminthiasis within the Zubtsovsky District of the Tver Region due to the special activity of using the Vazuz Reservoir by professional and amateur fishers. The objects of the study were three commercial fish species widely represented in this water area: river perch Perca fluviatilis Linnaeus, 1758, common roach Rutilus rutilus (Linnaeus, 1758), and common bream Abramis brama Linnaeus, 1758. The fish were caught at two points of the Vazuz Reservoir right branch and frozen for further study in the laboratory of the Zoology Department of the Russian State Agrarian University – Moscow Timiryazev Agricultural Academy. An incomplete helminthological dissection revealed representatives of the flatworm type at various stages of development, which were subsequently identified. The fish in the carp family, namely Abramis brama, had the highest prevalence in percentage terms.

Copyright Lyudmila S. Drozdova et al. This is an open access article distributed under the terms of the Creative Commons Attribution License (CCBY4.0), which permits unrestricted use, distribution, and reproduction in any medium, provided the original author and source are credited.

The Tver region is the largest subject of the Russian Federation in the Central Federal District. The total number of rivers and streams in this region is about 800 units, 21 of which are the most important. This aspect determines the high mobility of the true composition of fish species. The Vazuz Reservoir, which is part of the Vazuz hydro system and belongs to the second Moskvoretsky (the first is Volzhsky) source of water supply for Moscow, used as a reserve, is of special interest. For 2019, the faunal composition of true fish was represented by 12 species, slightly lower than the inventory data (Bykov 2019). The possibility of a reduction in species richness due to the epizootic situation with helminthiasis cannot be ruled out.

Over the past few years, the Vazuz Reservoir has only been inspected for ichthyofauna. The helminth fauna of this water area was considered fleetingly (sporadic non-unrelated mentions) and was covered as a companion, indirect study of the present ecosystem (Bykov 2019; Shibitov 2019).

Annual monitoring of helminth fauna of large aquatic ecosystems as the Vazuz Reservoir in connection with the intensively developing ecotourism and human-induced impact, in general, is necessary and allows the prediction of further changes in the parasitological situation. For the complete picture of the helminthiasis epizootic situation of helminthiasis, a set of studies is necessary, aimed at the study of all groups of animals involved in the life cycles of parasitic worms (Cribb et al. 2022; Kuzmina 2017; Laidemitt et al. 2016; Salgado-Maldonado et al. 2020). The study aims to monitor the helminth fauna of teleost fish in the Tver region.

To analyze the helminth fauna of teleosts within the Tver Region of the Russian Federation, we caught ichthyological material in January 2021 near the villages of Zolotilovo and Kryukovo, Zubtsovsky District (Fig. 1). The points were chosen due to their popularity with the local population due to the accessibility of the driveway. The objects of the study were provided by recreational fishermen. The fish were caught with allowable winter fishing equipment. The sample was random.

Direct research work on epizootics was carried out by the partial helminthological dissection technique of fish (Mashnikova 2018), in the Department of Zoology of the Russian State Agrarian University, Moscow Timiryazev Agricultural Academy.

For the differential diagnosis of trematodes and cestodes in different life-cycle stages, the research team used a comprehensive approach by methods of morphological determination using a Carl Zeiss Stemi DV4 stereomicroscope and identification guides. For the identification of helminths, we used Volume II of the Identification Guide of Freshwater Fish Parasites of the Fauna of the USSR (Bauer 1987). We collected samples from the left side of the abdominal cavity. At each dissection, we performed a quantitative count of helminth larvae.

Although ichthyological samples were taken at two distant from each other sites, the species composition and epizooty during statistical processing did not give significant differences. Therefore, it is reasonable to analyze the result obtained from the nonlocation-dependent catch.

Of the two families studied, the carp family was the most represented. Of the 80 animals studied, 67.5% of the catch was common roach. Of the 54 individuals, more than half were helminth-positive. It should be noted that metacercariae of digenetic suckers (family Diplostomatidae, Posthodiplostomum cuticola (von Nordmann, 1832) were found in muscle tissue in most representatives of the studied group. On average, we identified 38.5 ± 6.9 (σ=1.9) metacercariae per individual (Fig. 2). In two specimens, we observed mixed helminthiasis. In addition to trematodes, we also diagnosed a lesion with tapeworm Digramma interrupta Rudolphi, 1870, which will certainly increase the pathogenic effect on the host. In both cases, the definitive host of helminths is fish-eater birds.

As a result of a partial helminthological dissection in another representative of the carp family, we also observed common bream and polyhelminthiasis. In 10 of 14 fish (71.4%), we found cestodes of the Ligulidae family (Digramm ainterrupta) in the abdominal cavity. In addition to the effect of tapeworms, we observed postodiplostomosis caused by Posthodiplostomum cuticola in one individual.

As representatives of predatory fish, the research team studied river perch. The total number of fish analyzed was 12 specimens, 4 of which had metacercariae detected from the cat liver fluke in muscles and abdominal membrane, on average 34±5.3 (σ=1.5) units (Fig. 2). In the development cycle of these trematodes, fish-eater mammals, including humans, are the definitive host (Fattakhov et al. 2019; Letyushev 2016).

When comparing the posthodiplostomosis infestation rates in the carp family, it must be noted that the highest occurrence of helminths was in the common roach at 50%, which is seven times higher than the same indicator in the common bream. However, the intensity of bream infestation with Posthodiplostomum larvae was more significant, 51 metacercariae per individual vs 41 larvae in common roach.

A diametrically opposite situation was observed with the tapeworm. Of the total number of common bream caught, more than 70% of fish were affected by Digramma interrupta, in the case of common roach, an epizootic was observed of only two individuals.

The prevalence of river perch was 33.3% which is significantly lower than the other fish groups studied, but the detected helminth poses a much greater danger to humans.

According to the data obtained, the highest helminth abundance index was observed for common roaches, 20.7.

As revealed by the work carried out in 2019, the species composition of true fish in the Vazuz reservoir includes 12 species, among which the dominant positions were occupied by river perch, common bream, and northern pike Esox lucius Linnaeus, 1758. However, we determined a decrease in the share of common bream and an increase in the percentage of river perch from the total catch (Bykov 2019). The random sample, which was analyzed, showed that priorities shifted slightly, with

most of the catch coming from species such as common roach, common bream, and river perch with a significant quantitative shift towards the former. Perhaps this phenomenon is related to the fact that the meat of carp fish has a specific smell due to the diet. Predatory fish, even smaller river perch, are more attractive trophies for fishers resulting in overfishing of this species.

Literature in recent years has paid very little attention to such a problem as mixed helminthiasis in commercial fish species within the Tver region. Ligulosis and digrammosis have been mentioned in common bream (Bykov 2019), and opisthorchiasis in common roach (Mashnikova 2018; Romashova 2015; Shibitov 2019). In the discussed case, we observed a different picture of epizootics. A high percentage of infestations of helminth larvae was detected in carp fish within the Vazuz Reservoir. In 4.4% of the total catch, mixed infestation was observed by different classes of flatworms. All helminths detected in common roach and common bream are not pathogenic to humans, as fish-eating birds are a definitive host. Monoinvasion with Opisthorchis felineus metacercariae was observed only in river perch. As noted by Shibitov (Shibitov 2019), the Tver region is one of the opisthorchiasis foci within Central Russia. River perch is a popular fish among the population and is often consumed without proper heat treatment, which can encourage the extension оf the natural focal disease opisthorchiasis in the region.

The Vazuz reservoir is an attractive place to live and relax. The anthropogenic transformation of natural ecosystems will inevitably lead to an increase in the number of definitive hosts, such as litter birds and free-range pets, which will lead to a worsening of the epizootic situation. This problem undoubtedly requires additional research.

Of the 80 commercial fish analyzed within the Vazuz reservoir in the Tver Region, the percentage of those infested with helminth larvae was 86.3%. It is necessary to note the common dominance in the ichthyocenoses of the Vazuz hydraulic structure reservoirs, 67.5% of the total ichthyological material.

The highest prevalence was observed in the carp family. The incidence of meta-cercariae of digenetic suckers of the family Diplostomatidae, namely Posthodiplostomum cuticola, was more than 50%.

The epidemiological situation should certainly be monitored annually due to the maintenance of a healthy ichthyofauna and the exclusion of mass human helminthological diseases such as opisthorchiasis.

The authors gratefully acknowledge S.A. Goriunkov for consulting and technical support of this work.

Bykov AD (2019) Modern ichthyofauna in the reservoirs of the Vazuz hydro-technical system. Proceedings of VNIRO 177: 123–139. [In Russian]

Letyushev AN (2016) Criteria for assessing the activity of the opisthorchiasis epidemic process in a large industrial center of western Siberia and optimization of the epidemiological surveillance system. Dissertation for the degree of Candidate of Biological Sciences. Tyumen Research Institute of Regional Infectious Pathology, Tyumen, Russia. [In Russian]

Mashnikova TO (2018) Improvement of veterinary and sanitary evaluation in freshwater fish Ligulidosis. Dissertation for the degree of Candidate of Biological Sciences. Moscow State Academy of Veterinary Medicine and Biotechnology named after K.I. Skryabin, Moscow, Russia. [In Russian]

Romashova EN (2015) Carp fish as a source of human and domestic animal opisthorchiasis infection within the Voronezh Region. Bulletin of the Voronezh State Agrarian University 3 (46): 81–88. [In Russian]